If a Child Lives with Criticism, He Learns to Condemn 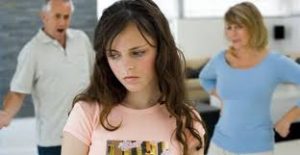 How many times have you heard someone say “I’m just telling you this for your own good; I don’t know why you’re so upset; you’re angry because you are hearing something you don’t want to hear?”  Have you noticed the range and intensity of your emotions?  You may have felt self-conscious, anxious or agitated.  You may have wondered, “I know he only has my best interests in mind; but why am I feeling so uncomfortable?  What is making me feel so defensive?”

Whether you are twelve, twenty-two or one hundred and two most of us do not feel good about being criticized.  Regardless of the speaker’s stated or implied intent, which can be oblique in presentation, criticism is an attack on the ego of another.  Superficially well-founded or not, it is an attack on the core of that person.  In contrast providing constructive feedback regarding a problem or a challenge is very different from criticizing a person’s sense of self-worth.

While the criticism may be effective in reaching an end, the cessation of behavior or termination of a conversation, there are always emotional ramifications.  Some effects are minimal, while others impact on a deeper level.  You may be wondering “What is the big deal?  Doesn’t a person have a right to say what he thinks?  I’m being honest.  She needs to know the truth!”  Keep in mind that within the complexities of interpersonal relationships your comments and criticisms often have long-term effects that are unrecognized, minimized and potentially destructive. Honesty untempered by sensitivity can be very hurtful.

The child’s predominant style of communication forms as he watches, listens to and mimics the role-models within his family unit. These dynamics establish the template for what is acceptable to express, what is taboo and what the family norm for interpersonal communication is.  How many times have you heard a parent say “What’s the matter with you, you know you have to…clean  your room, take care of your sister, stay off of the screens, obey our rules?”  Here the focus is squarely on what is lacking in the child, rather than on the job or responsibility that has gone unaddressed or unfulfilled.

When parents are angry or frustrated and speak disparagingly toward one another a clear, disrespectful message is communicated to the children. Even if they do not understand the “why” behind the exchange, they generally feel the intensity of the feelings. When a default mode of criticism accompanied by a sense of righteousness prevails, it is especially difficult to experience ones feelings and to resolve the problem.

Nothing good comes from criticism within a relationship or a family.  Criticism begets resentment, and all that resentment begets is more of the same!  What generally ensues is a vicious cycle with little room for genuine communication.  Dissatisfaction, frustration and anger do not have to be communicated in a way that minimizes the likelihood of constructive communication.  There are options.

When children are reared in an environment of criticism they learn to be critical.  Understanding, compassion and compromise are diminished in a judgmental environment.  Children mirror what they see and hear, not what is best for them.  They do not direct their criticism toward strangers or for the critical analyses of literary, political or social issues!  The first people they criticize are generally those within their family unit.  They direct their criticism not toward neighbors, but toward you! Often this pattern is an expression of anger, pain and frustration within themselves and toward those they have difficulty communicating with. Are you struggling with this in your family?

If criticism characterizes the communication within your relationship or your family, you might consider how this dynamic has impacted on meaningful, satisfying and supportive relationships.  You do not have to be limited by what presently seems like second nature to you or to someone you love.  You can learn how to communicate in a respectful, productive way, while still getting your points across to another and achieving your goals. You can establish a new norm!

The Apple Doesn’t Fall Far from the Tree…Whether in the Livingroom, the Boardroom or the Classroom! -Part 1 Does Resentment Surface as You Walk through the Door?

If a Child Lives with Hostility, He Learns to Fight

The Apple Doesn’t Fall Far from the Tree…Whether in the Livingroom, the Boardroom or the Classroom! -Part 1